Nineteen years ago, the ArchTyrant and his army were finally defeated at the Battle of Embers. The path of slaughter, which had reduced over a thousand worlds to ash, had finally come to an end.


Nine months later, little Gerald Dyson was born on earth. As the reincarnation of the ArchTyrant, he inherited an astonishing amount of bad kharma, bringing misfortune to him and everything he touches.


Poor Gerald has no idea, of course. All he knows is that whenever he touches something, it breaks, wherever he goes, it rains, whenever he sees an animal, it attacks him. 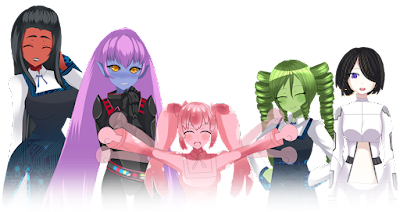 When the Galaxy Central Computer malfunctions for the first time in history, and sends Gerald a scholarship to the prestigious Central Exeter law school, and when a handful of alien beauties start to take interest in him, he wonders if his luck might be changing for the better. But, a mafia heiress, a soul-sucking demon, a huntress who eats humans, are these really the kinds of girls you want to be obsessed with you?


Has Gerald's luck begun to change, or is this just the beginning of the punishment the universe has in store for the reincarnation of the most evil man in history?